The Asian Law Students’ Association Conference Singapore was held from 3rd of January 2014 until 8th of January 2014.The Malaysian delegates which are Wong Hong Liang, Liew Juan Juan, Teresa Lee, Amely Chong, Jeremy Ng, Esther Liew and Kevin Lee arrived Days Hotel approximately 2.00pm on 3rd of January 2014. We were being welcomed by the director of the organising committee, Gerald Tham. After we registered and checked-in to the hotel then we proceed to the National University of Singapore Guildhouse for our welcoming dinner with international buffet dinner. The welcoming theme is Casino. During the dinner, various countries from Asia introduced their countries and had a short introductory poker game. Suren who is currently President of ALSA International Board provide the opening speech during the dinner.

On 4th of January 2014, there were non-academic programmes or activities being prepared for us. During the non-academic activities, we were being taken to various historical preservation sites such as Chinatown, Kampong Glam, and Bugis Street. The caretakers took us various worshipping places such as the Buddha Tooth Relic Temple and the Sri Maniamman Temple. During lunch hour, we were being introduced Singapore local delicacies such as Char Kway Teow, Chicken Rice and Hokkien Noodles. After lunch, we went for shopping at Orchard Road followed by dinner at a nearby food court. Then we travelled from Orchard MRT station to Clarke Quay for Singapore River Cruise. After the river cruise, we travelled back to the hotel by bus.

On the third day of the Conference, we had academic programmes such as academic table discussions, Herbert Smith Freehills ALSA Moot Competition 2014 and meetings for the members of the Governing Council members at Singapore Management University. During the first half of the Academic Table Discussions, every delegate was required to present the topic of discussions as they were being placed in their own groups. The topics of discussions are such as Human Trafficking, Maritime Policy, Environmental Law, Intellectual Property and Privacy Laws (Data Protection). After each delegate has presented their own topic of discussion, we had Nasi Lemak for lunch. During the second half of the Academic Table Discussion, every then we exchange opinions and ideas while drafting the treaty. After the drafting of the treaty we went back to the hotel and prepare for cultural night. The Cultural Night was held at SAFRA Mount Faber. The Cultural night is whereby general delegates from various Asian countries wore their national costumes and performed their cultural performances. Before the cultural night performance, there was a musical chair game in order to determine the order of the countries to be performed for the cultural night performance. The first country to perform was Laos and Singapore ended the performance with their dance. For the cultural night, our Malaysian team recited a Malay poem and sang ‘Satu Malaysia’ for cultural night performance. After the performance, we had photography sessions. We ended the night by travelling back to hotel by bus.

The following day, after we departed from Days Hotel, we went for legal visits. The general delegates visited the Supreme Court while the Governing Council Members went to Maxwell Chambers or Singapore Arbitration Centre for their visitation. The Singapore Supreme Court made up of the Court Appeal and the High Court. The delegates were being escorted to one of the High Court and one of the organising committee gave a brief explanation as to how Singapore court proceedings being held and also a short session of Q&A during the visitation. After that, we were being taken to the gallery where the caretakers of the group explain the history of the Singapore Supreme Court as well the explaining the Judiciary system in Singapore. After the legal visit, we had lunch symposium at Singapore Management University. After lunch, we continued with academic presentations, Herbert Smith Freehills ALSA Moot Competition 2014 Semi-Finals and meetings for the Governing Council Members. The academic presentations consist of two groups with reference to the treaty that was drafted before this and further discussions and arguments were made during the presentation in order to come out with a universal treaty. After the academic presentations, Moot- Semi Finals and meetings for the Governing Council Members, the Herbert Smith Freehills ALSA Moot Competition 2014 Finals began from 6pm to 8pm. The Herbert Smith Freehills ALSA Moot Competition 2014 Finals consist of ALSA Singapore Team and ALSA Hong Kong Team. The issue involves breach of contract between companies based in two different countries. The competition was judged by lawyers from Herbert Smith Freehills and the Law Faculty Dean of National University of Singapore and Singapore Management University. The competition ended with ALSA Singapore being the winner of the competition. After that, dinner was being served in the National University of Singapore. Then, we went back to the hotel.

The next day, we had non-academic activities such as Universal Studio Singapore and Unique Singapore Trails. Majority of delegates opted for the Universal Studio Singapore programme. Our delegates enjoyed the Universal Studio Singapore programme where as for other delegates they went for the Unique Singapore Trails. For the Unique Singapore Trails programme, the trail started of by walking through Mount Faber Park consist historical events of Singapore and also the panoramic view of the City of Singapore. The delegates also walk across the bridge which is know as Henderson Waves. After that we went through the forest walk and then we proceed to Alexandra Hawker Centre for lunch. The Alexandra Hawker Centre is famous for it’s Claypot Laksa, Duck Rice, Minced Meat Noodles, Steamed Pork Dumplings as well as Avocado milkshakes. After lunch, we went to Haw Par Villa which is located along Pasir Panjang Road, Singapore. We travelled from Alexandra Hawker Centre to Haw Par Villa by bus. Haw Par Villa is best known for the Ten Courts of Hell and consist Chinese mythology, folklore, history and illustration of aspects of Confucianism. After walking around Haw Par Villa we travelled back to Days Hotel for the preparation of Farewell Party. The theme of the Farewell Party is Bon Voyage. The Farewell Party was held at Glasshouse Fish & Co. During the Farewell Party, exchange of souvenirs or gifts from brought by the delegates from various Asian countries was held. Besides, the dinner was served with variety types of fish and seafood fried rice. Besides that, there were singing performances performed by the Singaporean Organising Committee and from the ALSA Indonesian Team. After the Farewell Party, we went for the post-party at Attica. Then we travelled back to the hotel by taxi.

On the final day, we checked out from the hotel before 12 noon and then we went home either by bus or flight.

The ALSA Singapore Conference 2014 was a very meaningful and fruitful event. We get to meet up with friends from various Asian countries namely Brunei, Thailand, Indonesia, Korea, Japan, China, Hong Kong, Vietnam, Philippines, Laos, Sri Lanka, Taiwan and Singapore which is in line the Conference Theme for Asian Integration. In addition, the president of the Australian Law Student Association and the vice president of the Australian Law Student Association were present for the purposes of strengthening relationship with the Asian Law Student International Board. 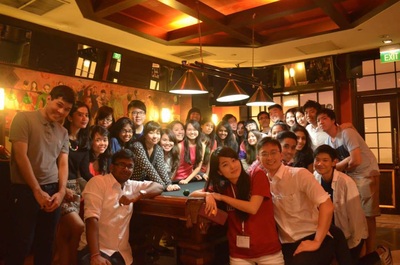 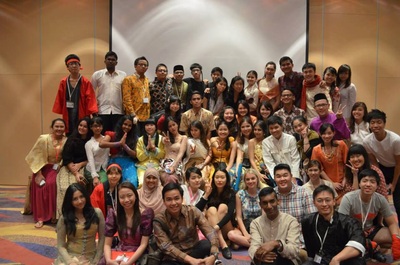